After paying tribute to Diriliş: Ertuğrul in 2020 and making her acting debut earlier this month, Tamgha-e-Imtiaz recipient and celebrated singer Hadiqa Kiani has stepped into the realm of qawwali with her latest track Jaanay Iss Dil.

The qawwali has in fact been composed by Ustaad Dildar, who is known for his contribution to the genre around the world. He was an integral part of NFAK’s live performances and studio recordings for over three decades. But Hadiqa is no ordinary vocalist either; she’s one of Pakistan’s most renowned pop stars and can sing in multiple languages. 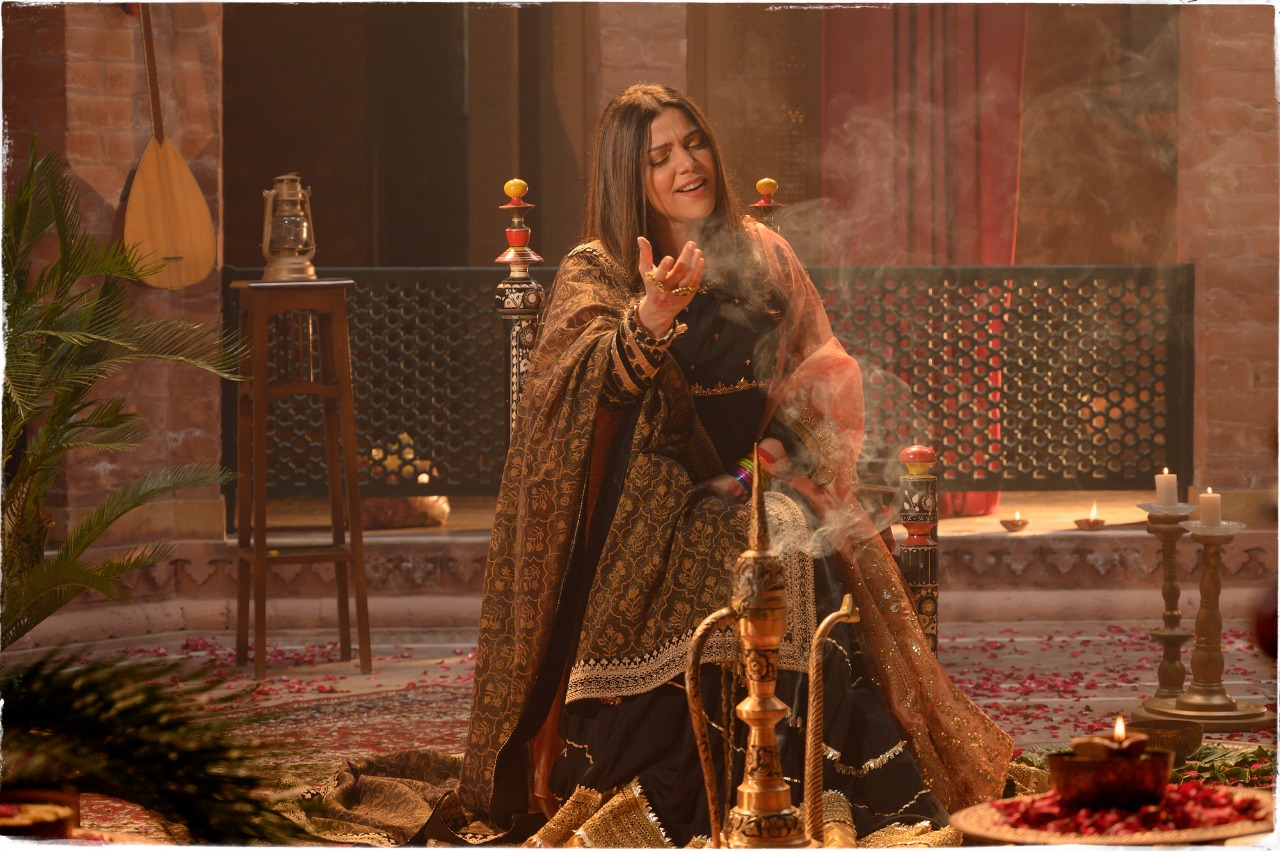 In the video, the virtuoso can be seen swathed in a regal ensemble by Mohsin Naveed Ranjha, paired with jewelry by Huma Adnan. The video itself has been directed by Abdullah Haris and produced by Mian Yousaf Salahuddin.

Salahuddin also shared a BTS video of the track on his Instagram. In this, Hadiqa reveals that she has been listening to qawwali since childhood, and “it’s a genre I can listen to for hours”.

“Qawwali is the purest form of music,” she says. “I’ve been listening to it since childhood. I can listen to it for hours but I never pursued it during my career. So when I finally got an opportunity to work with Ustad Dildar Hussain, I took it,” she relayed.

About her experience spelling this magic, Hadiqa says, “It was exciting but also a challenge, yet, it was a dream come true. There was also anxiety because I was trying out a new genre for the first time. I got so much confidence and support from him [Ustad Dildar], it was really a divine experience for me.”

Mansoor Nasir a Pakistani Organ Selected a Consular in Bedfordshire

Jashan-e-Iqbal: Tribute to our National Poet

ECP Unable to Hold Timely Elections in the Country

Pakistan wakes up to an alarming 7.8% coronavirus positivity rate

Imran Abbas and Ertugrul star Cem Ucan face off in a...